We are living in exciting, if somewhat discouraging, times for our planet. We face unprecedented global challenges that are a clear consequence of our actions, with temperatures rising and biodiversity collapsing. The Mediterranean basin, a region of the world where natural resources have ensured the prosperity of human societies for millennia, must also face these new challenges. 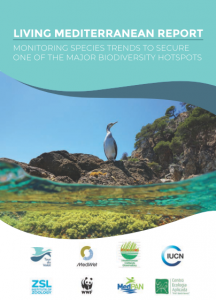 It was produced with support from the French Ministry of Ecological Transition, the TotalEnergies Foundation, and the MAVA Foundation, in partnership with the Centre for Mediterranean Cooperation of the International Union for Conservation of Nature (IUCN), the World Wide Fund for Nature (WWF), the Mediterranean Marine Protected Areas Network (MedPAN), the Mediterranean Wetlands Initiative (MedWet), the Centre for Applied Ecology of the University of Lisbon, and the Zoological Society of London.