The International Agreement for the Prespa Park was signed on 2nd February 2010 by the three countries sharing the Prespa Lakes and the European Commission.  Three years later and it has not yet been ratified by the Greek Government, leaving the Agreement’s transboundary institutions dormant. But it is not just the Agreement that Prespa lacks. Alongside this issue, MES, PPNEA and SPP – environmental NGOs from the 3 countries sharing the Prespa lakes – have established a cross-border NGO network so that civil society is more engaged in transboundary co-operation and can work to fill holes in various aspects of environmental protection that are left open by the inaction of the 3 states. 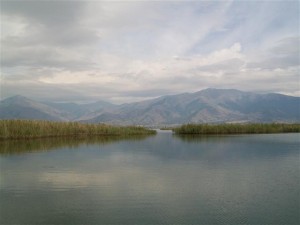 The second of February is always a big day for Prespa.  Not only is it World Wetland Day, a special day for Ramsar ‘Wetlands of International Importance’ like Prespa, but on 2nd February 2000 the Prime Ministers of the 3 countries sharing the lakes created the Prespa Park – the first transboundary park in the Balkans.  On the same day in 2010, an International Agreement signed by the Ministers of Environment and the EU Commissioner for Environment, formally engaged the 3 states and the EU and laid out how the Park should be protected and managed and how development would be sustainably achieved. The Agreement’s provision of permanent mechanisms for transboundary cooperation was internationally heralded and the 3 countries were applauded for committing to modern management methods. These mechanisms are ambitious regardless of location, but the agreement is especially groundbreaking considering the dynamics in the Balkans. 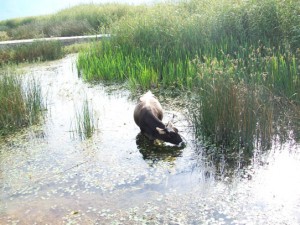 After a long and bureaucratic progression these last three years, the Agreement was ratified by all signatories with the exception of the Greek Government. Greece is now the last country to complete the process and to meet its 2010 commitment to revolutionise how Prespa is protected. Without full ratification of the Agreement, the transboundary institutions that will monitor and coordinate conservation actions in the Park are unable to start; at the same time, public and private stakeholders continue to protect, monitor and manage their particular share of a cross-border habitat, as well as cooperate with their neighbours, but without a basin-wide planning approach. Waters, forests and animals may live across borders, but Prespa remains in the paradoxical situation where holistic management efforts are frustrated by a line on a map.

So, the environmental NGOs active in the region have decided to take up the initiative once again. MES, PPNEA and SPP have come together in a permanent Network of Environmental NGOs for the Prespa Park, to work in the spirit of the international agreement: facilitating the exchange of information between the countries; lobbying for better management of the environment; assisting the states on technical measures and, at the field level, jointly working on monitoring and researching the rich wealth of species and habitats that are found in the Prespa Park. Working alongside the various national parks and town halls throughout the basin, they will strive to contribute to the protection of Prespa’s environment by advocating for people to follow nature’s example and make decisions that look beyond the lines on a map.

Source of the article: Press release/Society for the Protection of Prespa website