The 18 million hectares of Mediterranean wetlands constitute the second-largest hotspot of biodiversity in the world. The degradation of these crucial ecosystems is mainly caused by human activities such as land conversion and excessive water abstraction for agriculture, tourism, industrial infrastructure and urbanization. With more than 20 Mediterranean countries involved, the conservation of these areas requires to be adapted not only to different natural environments but also to different sociopolitical contexts.

Through the three-year international project to develop the “Capacity Building Platform on Water Management and Abstraction”, coordinated by Wetlands International with financial support from the MAVA Foundation, different approaches and strategies have been adopted in three pilot sites.

In the Sebou river basin in Morocco, agriculture is the main driver of excessive water abstractions and threatens water availability, river flows, and the wetlands downstream. The main need is the implementation of sustainable practices of water use and encouraging farmers to practice sustainable agriculture. 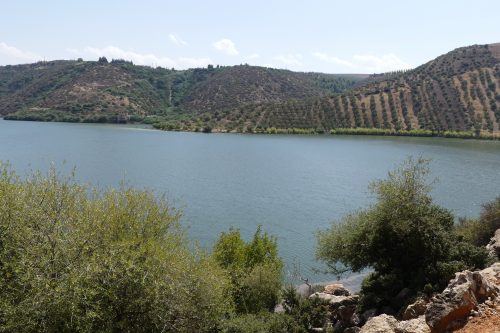 The first goal of the project was to reach an effective collaboration between institutions, private sectors, NGOs, scientists, and the local population. The Sebou Water Fund (SWF), a sustainable finance mechanism through which major downstream water consumers invest in upstream restoration designed to improve water quality and supply, is based on an inclusive approach. As Yousra Madani – WWF North Africa and coordinator of the project – explains: “At first, there was a lot of skepticism across government, the private sector, and civil society, but when we took government partners to Kenya, along with funders and media, to see the Tana-Nairobi Water Fund in action and meet with Kenyan Water Authorities, things began to change. The business case for maintaining ecological security was clear. In just five years, through integrated basin management, the Tana-Nairobi Water Fund has brought benefits for wildlife and thousands of farmers and producers living in the watershed. So, we came home and adapted the model to local conditions in Morocco.”

By providing scientific evidence on the importance of water security and nature conservation, SWF is convincing stakeholders to work collectively for a better understanding of water-related disasters and a common establishment of an inclusive approach facing climate change and the threats to water management and nature conservation. The ambition is to replicate the SWF at the national level.

In the Balkans, one of the last free-flowing rivers in Europe, the Vjosa/Aoós in Albania and Greece, is threatened by dam construction and hydropower plants, at the Mavrovo National Park in North Macedonia, the rivers of Bosnia & Herzegovina, and in Serbia. In these areas, to preserve wetlands by opposing the hydropower boom promoting alternative green development is essential. The Blue Heart Campaign (BHC) is implemented by a group of international and national NGOs, supported by a variety of other stakeholders and interested groups. Working on green alternatives, the BHC has been supporting Kutë, on the Vjosa, to become the first energy self-sufficient village in Albania. It has analyzed the solar capacity in Tirana and commissioned studies to increase knowledge of the threats posed by hydropower in the Mediterranean. Opposing the hydropower plants and dams also requires taking legal action to stop the constructions. For this purpose, since 2019, the Lawyers for Rivers initiative have been helping the local population. Another important action is cutting off cash flows, persuading lenders to stop investing in hydropower in favor of rivers, as occurred in 2019 with the European Bank for Reconstruction and Development. Finally, the institution of the Vjosa National Park, as part of the “Save the Blue Heart of Europe” campaign, will protect around 300 km of river and offer people an economic perspective. “We support the Albanian conservationists in their demand for a national park. This river deserves the highest protection category and no dams! Anything less than a national park would be inappropriate for the Vjosa. This last big wild river in Europe is of international importance,” says Annette Spangenberg, Head of Conservation at EuroNatur. 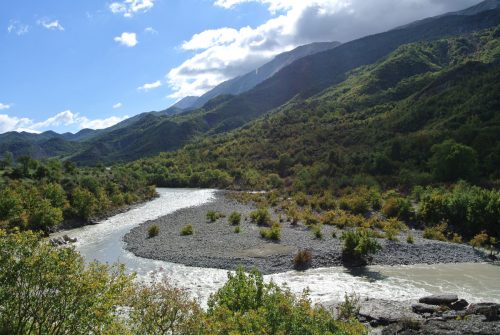 In the Iberian Peninsula, the Douro/Duero and the Tagus rivers are transboundary basins threatened by human activities, mostly agriculture and dams. The Iberian Rivers Consortium, led by Ana Catarina Miranda – GEOTA – is a multidisciplinary partnership of Portuguese and international legal experts and conservationists to promote the protection of free-flowing and clean rivers, with a special focus on the Douro and Tagus basins. As in the other two pilot sites, it was necessary to commission scientific studies to improve knowledge of the cumulative impacts of hydropower on ecosystems and livelihoods and to sensitize communities and decision-makers on alternative energy sources. To be more effective, GEOTA has been promoting a legislative proposal – the Iniciativa Legislativa de Cidadãos – to develop the first Portuguese law to protect rivers and create nature reserves, and MovRioDouro, a citizen movement.

The River Sebou, the Vjosa, and the Douro case studies demonstrate the complexities of preserving wetlands and the related watershed in diverse political and socio-economic Mediterranean contexts. Their stories show how knowledge, cooperation, inclusiveness, and determination, adapted to local needs, are crucial to preserving wetlands.