Fully 7,705 hectares of Sardinian wetlands have been recognised and designated by the Italian government in the List of Wetlands of International Importance of the Ramsar Convention. These represent 60% of the entire wetland heritage of Sardinia: a territory that embraces the area of the Gulf of Oristano and the Sinis Peninsula, along the 200 km of coastline that extends from Capo Mannu to the lagoon area of Marceddì, and that has been enthusiastically mobilized for the World Wetlands Day (WWD) 2019.

The MEDSEA Foundation in collaboration with municipalities, organizations and associations have promoted a rich program including seminars, guided tours, birdwatching activities, and excursions. The shared commitment to raising public awareness of the fundamental role of wetlands, ecosystems rich in biodiversity and crucial for the mitigation of extreme climate events, has produced a significant number of events, all very well attended.

In Italy, there were 43 official events organized for World Wetlands Day, of which 13 in Sardinia and nine in the Oristano area: 30% of the events took place in the precious setting of the territory involved in the Maristanis project.

What are the priorities for the conservation of birds in the territory of the MARISTANIS project?

The two-day event opened in Oristano (Torregrande) with the scientific seminar promoted by MEDSEA entitled “What are the priorities for the conservation of birds in the territory of the MARISTANIS project?“, organised by LIPU. 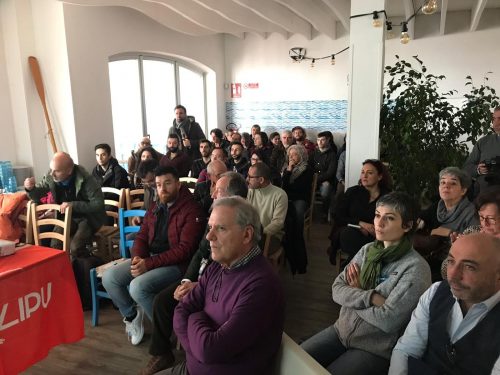 The scientific seminar “What are the priorities for the conservation of birds in the territory of the MARISTANIS project?. Photo credit: MEDSEA

A key element for the designation of Wetlands of International Importance is the presence of aquatic birds. Their protection in the privileged habitat becomes an indispensable factor for the conservation of wider aspects of biodiversity. In the MARISTANIS areas, there are some globally endangered species such as the skylark (Alauda arvensis), the wild turtle dove (Streptopelia turtur), the pochard (Aythya ferina) and the lapwing (Vanellus vanellus), included in the list of species SPEC1 in the latest BirdLife International report 2017. However, the territory is nevertheless an important niche for biodiversity.

During the conference, Gabriele Pinna of the LIPU of Oristano placed the emphasis on the crane species which are a symbol of the territory (pond of Sale ‘e Porcus, San Vero Milis). “In 10 years the population has grown with the presence of about one thousand individuals and” – added Pinna – “in the last five or six years there has been a stable wintering population ranging from 500 to 1000 individuals. An important fact is that Sardinia is a stage of migration to Spain and to the Maghreb, especially Morocco.”

Watch the video of cranes here.

More complex, according to the director of Nature Conservation of LIPU, Claudio Celada, is the situation of the Kentish plover: “A species ‘unfortunate’ because they choose to nest on the beaches, one of the most anthropized environments. By intervening to protect these habitats, a lot can be done and a negative trend can be mitigated”. 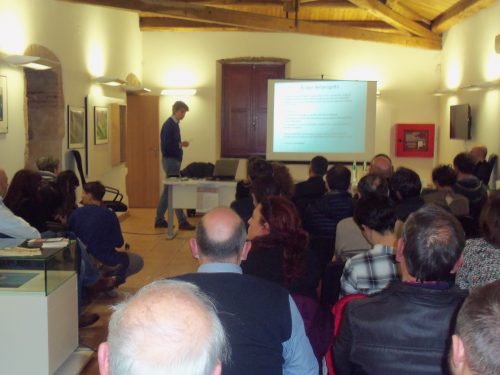 Wetlands allied with man in the fight against climate change

In the afternoon of February 2, at the Museum of the Sea in Marceddì, a crowd of visitors attended the conference “Wetlands allied with man in the fight against climate change” promoted and coordinated by MEDSEA in collaboration with the local administration of Terralba. 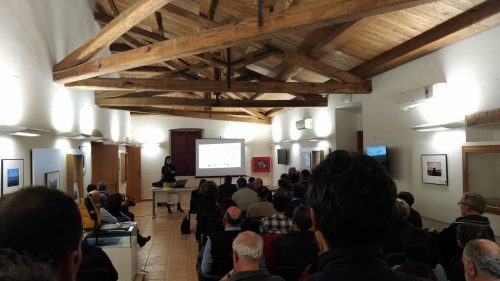 The conference “Wetlands allied with man in the fight against climate change”. Photo credit: MEDSEA

Coastal wetlands are in fact effective “warehouses” for carbon: ecosystems that play a key role in mitigating the effects of climate change, particularly by reducing greenhouse gas emissions. The rapporteurs have called for the problem not to be underestimated any longer. “On the climate change front, we are deeply behind schedule, both institutions and citizens”, said Gianluca Cocco, manager of the environmental sustainability service of the Sardinia Region. “The Intergovernmental Panel on Climate Change (IPCC) gives us worrying scenarios: projections to 2100 absolutely alarming, with a range of temperature increases in the worst cases up to 6/7 degrees average on the planet. We have to work, we already had to do it a long time ago”, added Gianluca.

The Region, which coordinates the Environment and Energy Commission of the State-Regions Conference, has announced that it will soon present its strategy for adaptation to climate change. Giovanni De Falco of the CNR addressed the problem of coastal erosion and coastal retreat due to the occupation of coastal space: a problem accentuated by climate change and rising sea levels. Maurizio Costa, from the company of Cities Research Territory Innovation Ambiente (CRiTERIA), focused on the role of the lagoon of Marceddì, in the territory of Maristanis, in the hydraulic functioning of the river and marine context of the compendium.

But the conference offered many other points for reflection: from river redevelopment (Giancarlo Gusmaroli, Italian Centre for River Redevelopment) to the rise in sea level (Matteo Vacchi, geologist at the University of Pisa), to the cultural link between man and nature (David Cabana, IMC).

The music of one of the greatest Italian songwriters, Fabrizio De André, in the concert “In te unde de Faber”, closed the session.

On Sunday many ‘open air’ activities took place, in some cases threatened by rain. In the wetlands of Cabras and Terralba, nature lovers challenged the bad weather for excursions and birdwatching activities, promoted by MEDSEA, ALEA and WWF Oristano. Unfortunately, the rain prevented the visit to the pond of Sale ‘e Porcus for the observation of the cranes, the clean up, and the didactic laboratories in the places of the fishing, which will be proposed within the month of February. 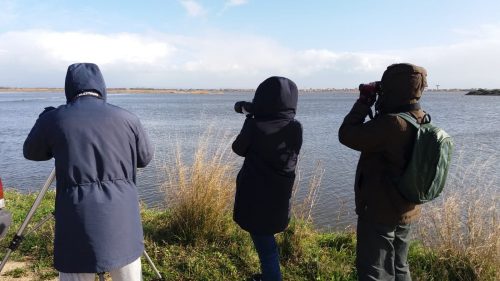 Finally, the first edition of the #Sardinia Wetlands Photo Contest, reserved for high school students in Sardinia, was a great success: an event designed to make the wetlands of Sardinia known and loved more and more. 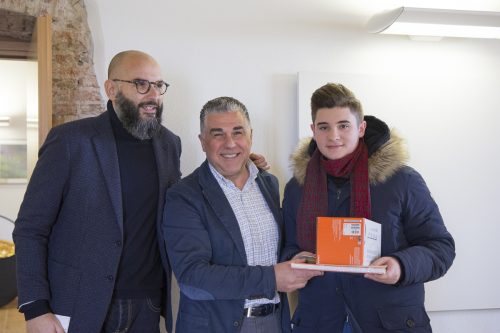