Wetlands play a key role in buffering the effects of climate change, thereby supporting climate adaptation and resiliency (Millennium Ecosystem Assessment 2005). Indeed, vegetated and healthy wetlands are among the most effective sinks for carbon on the planet. However, this potential is under appreciated in current policy discussions (Moomaw et al., 2018). The carbon sequestration capacity of Mediterranean wetlands is highly variable among different ecosystems, as are their hydrology and productivity. However, among these, seagrass beds (Blue carbon) are known to be very important carbon sinks.

Wetlands are among the ecosystems that are most strongly impacted by even small changes in climate and resulting changes in hydrologic regimes, in particular through sea level rise and decreased surface and ground water levels. 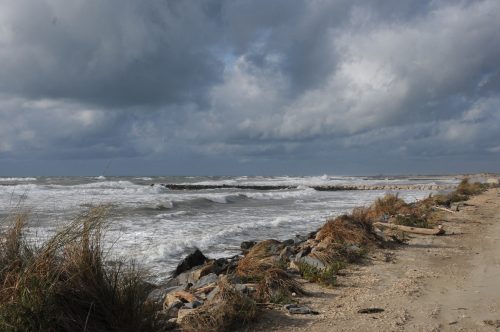 The Mediterranean region: a hotspot of climate change

The Mediterranean region is warming faster than the global average, 1.4°C since preindustrial times. This change, along with shifting rainfall and rising sea level severely impacts the region, already suffering from water shortages and overexploitation of water resources.

With current weak efforts to protect the climate, the Mediterranean will be further impacted during coming decades: a) warming will progress faster than the global average; b) rainfall will likely be reduced in most parts; c) summer heat waves will become more severe; d) sea level will rise faster than before; e) extreme events such as droughts, floods, may become more intense; f) future sea level rise will increase the frequency of coastal floods and affect the coastline of Mediterranean deltas and lagoons through increased erosion; and g) many wetlands will run dry, or become temporary.

Many consequences are already apparent and will have a major impact on human livelihoods through changing ecosystems, putting at risk the benefits people obtain from them for the provisioning of food and the conservation of biodiversity. Many wetlands are at risk of disappearing while rare and endangered plants and animals will be threatened in others. 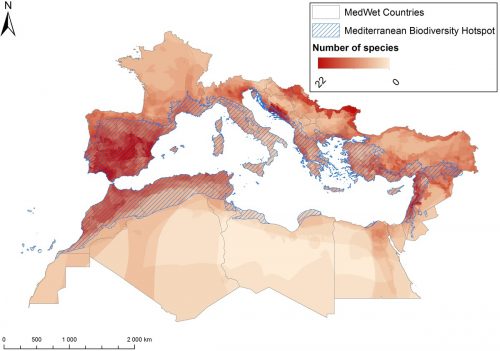 Wetlands sequester some of the largest stores of carbon on the planet, but when disturbed or warmed, they release the three major heat-trapping greenhouse gases carbon dioxide, methane, and nitrous oxide. Protecting wetlands from human disturbance therefore helps to limit the increase in greenhouse gases in the atmosphere. 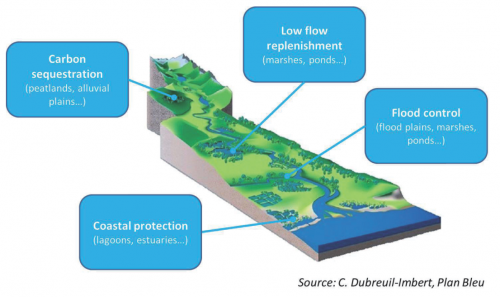 So far, climate change has mostly been neglected in wetland conservation planning in the Mediterranean region. This was the incentive to establish the Mediterranean Wetland Initiative (MedWet) of the Climate Change Specialist Group, as part of its Scientific and Technical Network (MedWet STN/SG/Climate).

In the occasion of the 13th Meeting of the Conference of the Contracting Parties (COP13) to the Ramsar Convention that was held in Dubai, United Arab Emirates, from 20 to 29 October 2018, the chairs and members of the MedWet STN produced five technical leaflets about the five key areas related to wetlands: climate change, biodiversity, water, inventories and ecosystem services. 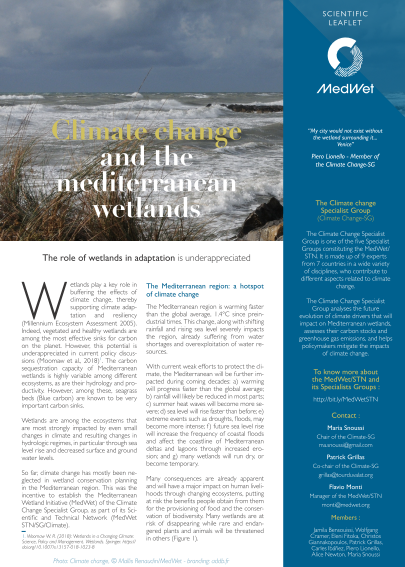 This technical leaflet was produced by the Specialist Group on climate change (MedWet/STN/Climate-SG). It focuses on the role played by wetlands in fighting climate change, as well as the effects of climate change on these ecosystems. 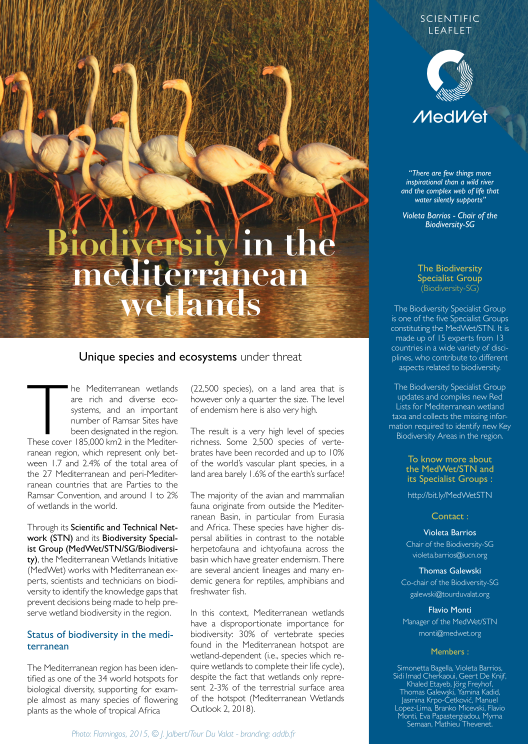 Biodiversity in the Mediterranean wetlands: Unique species and ecosystems under threat

This technical leaflet was produced by the Specialist Group on biodiversity (MedWet/STN/Biodiversity-SG). It showcases the status of biodiversity in the Mediterranean and the threats the species are facing in the region. 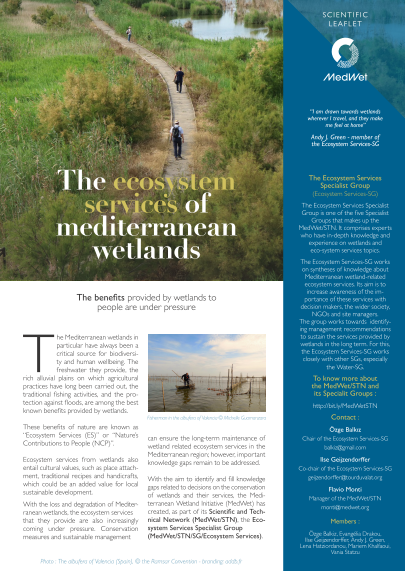 The ecosystem services of Mediterranean wetlands: The benefits provided by wetlands to people are under pressure

This technical leaflet was produced by the Specialist Group on ecosystems services (MedWet/STN/Ecosystem services-SG). It highlights the different precious benefits that wetlands provide to nature and humans. These benefits are also essential in advancing towards the Sustainable Development Goals (SDGs). 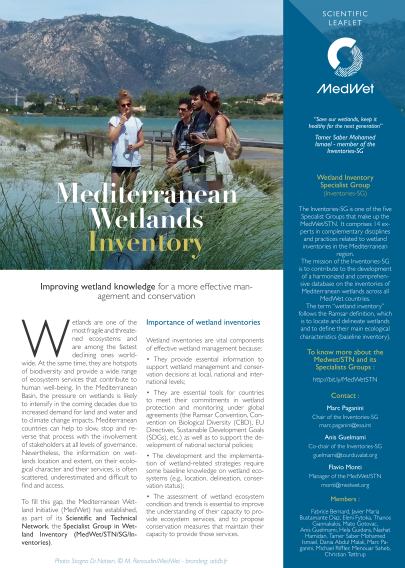 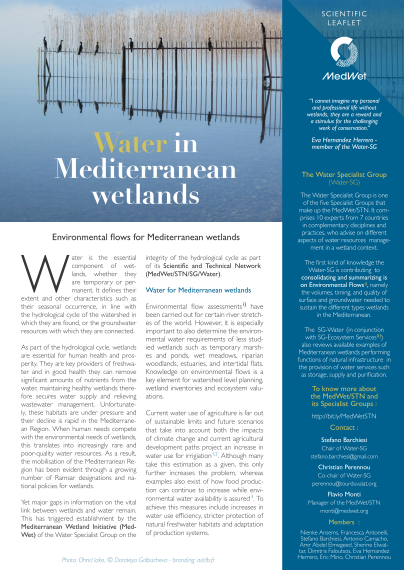 This technical leaflet was produced by the specialist Group on water (MedWet/STN/Water-SG). It is about the environmental flows for Mediterranean wetlands and highlights the important role of wetlands as key providers of water.

Learn more about the MedWet/STN and its Specialists Groups : http://bit.ly/MedWetSTN