The city of Ghar El Melh, located in Bizerte, Tunisia, received the Wetland City Accreditation Award during the 13th Meeting of the Conference of the Contracting Parties to the Ramsar Convention on Wetlands (COP13, Dubai, UAE, 19-29 October 2018). With this recognition, Ghar El Melh has become the first Arab and North African city on the Ramsar list of accredited cities. Under this new accreditation scheme under the Ramsar Convention, a total of 18 cities from Africa, Asia and Europe were identified as Wetland Cities at the Dubai meeting.

What is the Wetland City Accreditation Award?

The award confirms the city’s formal engagement to protect and sustainably use the wetlands under their administration. The application of each city to qualify for the award is considered by an international panel of experts which submits its recommendation to the Standing Committee of the Ramsar Convention. At the end it is the Conference of the Contracting Parties that approves the award, which will be reviewed periodically to make sure that the city respects its commitments. Thus, this is more that just an “award” but more importantly a mechanism to engage cities from all over the world to work for the conservation and sustainable use of the wetlands within their territories. The award cities engage themselves to promote the ecological wealth of the wetlands in their territory but also their social and cultural values.

The candidacy of Ghar El Melh is the fruit of a rich collaboration among several actors of the region, in particular the Directorate General of Forests of the Tunisian Ministry of Agriculture, WWF North Africa, and the local community of Ghar el Melh, with the support of the Ramsar Secretariat and the MedWet Initiative. 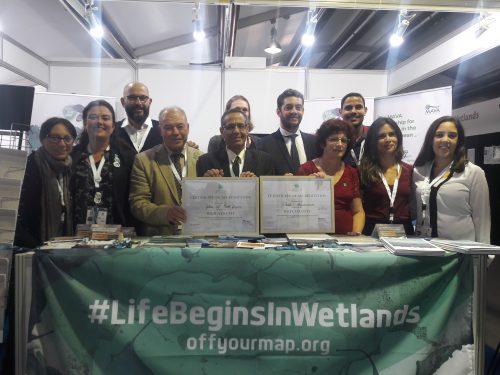 The two Mayors of Ghar el Melh, together with WWF North Africa and MedWet team, presenting the Award at the Stand of Mediterranean Agora at the Ramsar COP13. Photo credit: MedWet Secretariat

The presentations of the awards was the result of the application of a Resolution submitted to Ramsar COP12 (Uruguay, June 2015) by the Republic of Korea and Tunisia. The support of WWF, MedWet and the Ramsar Secretariat has been instrumental in this process.

This label mobilizes resources for pilot projects such as the project “GEMWET – Conservation and sustainable development of coastal wetlands with high ecological value: the case of Ghar el Melh, Tunisia“, funded by the MAVA Foundation and coordinated by WWF North Africa.

The overall objective of this project is to contribute to the economic, sociocultural and ecological development of the Ghar El Melh region through the establishment of an integrated management system of available resources and good management practices. Ultimately, a participatory and integrated local governance system will preserve the precious Ghar el Melh lagoon.

The city of Ghar el Melh has a rich natural and cultural heritage. It hosts the Ghar el Melh lagoon, a Wetland of International Importance, which provides precious services to the local community. The lagoon is one of the pilot sites supported by the communication campaign “Off Your Map” on coastal wetlands coordinated by MedWet and funded by the MAVA Foundation.

The campaign aims to improve the understanding of coastal wetlands’ characteristics; to boost the recognition of coastal wetlands’ benefits (economic, social, cultural and environmental), and of the threats affecting them; and to influence key policy processes in favour of the effective sustainable use, integrated management and conservation of coastal wetlands at national and regional levels. Learn more about the ‘’Off Your Map’’ campaign: http://bit.ly/Offyourmap_En 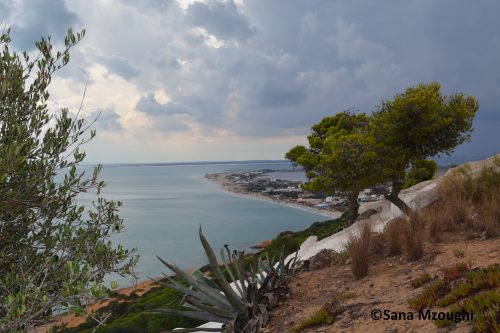 Discover the 18 cities recognized for safeguarding urban wetlands during the COP13.