Based on the experience acquired in the project “Conservation of the island wetlands of Greece” (2004-2013), implemented by WWF Greece and thanks to the support from the MAVA Foundation, the Mediterranean Island Wetlands project (MedIsWet) aspires to establish a network of NGOs, institutes, universities and public authorities.

The project includes actions for the completion of the inventories of all the Mediterranean island wetlands, dissemination of knowledge and promotion of certain conservation measures in local, national and Mediterranean scale.

Slowly but steadily, MedIsWet moves towards its goal!

After only four months since the launch of MedIsWet, all partners have already taken the necessary steps for the implementation of the numerous activities involved:

MedIsWet was introduced to the Ramsar Secretariat and WWF International (Freshwater Practice) on 27 November 2017. The purpose of this occasion was to present the project and objectives, and to discuss participation in the forthcoming European Ramsar pre-COP meeting to be held on 19-23 March 2018 in Olomouc, Czech Republic, as well as at the Ramsar COP 13 to be held on 21-29 October 2018 in Dubai, United Arab Emirates.

Informing the Ramsar Focal Points and the Governments

A letter was sent to the Greek Minister of Environment and other officers, on 21 December 2017, regarding the need to implement the Biodiversity Law 3937/2011 and to proceed to the protection of the island wetlands larger than eight hectares through a Common Ministerial Decision.

Some days later, letters were sent to the Ministries of Environment of Croatia (by Hyla & WWF Adria), France and Italy (by PIM), Greece (by WWF Greece), Malta (by Nature Trust) and Turkey (by WWF Turkey) informing them about the launch of MedIsWet, the Call to Action adopted by two scientific congresses – the 7th EPCN Workshop & the 12th SWS Europe Chapter Meeting held in Faro, Portugal). These letters suggested that the Mediterranean Contracting Parties should report on their island wetland conservation results in their National Reports 2015-2018 addressed to the Ramsar Convention Secretariat. The letters and the Call to Action can be found in the MedisWet site.

Progress on the wetlands inventories

Croatia, Malta and Turkey are working on translating the necessary items for their national databases that will host their wetland inventories. France and Italy will start in the next month, while the Spanish database is almost ready and will soon be made public. The Cypriot and Greek databases have already been published and are available for public consultation on these links: Cypriot and Greek databases.

Strengthening the partnership by fundraising together

The consortium of seven partners from MedIsWet (MedWet, Nature Trust Malta, PIM, WWF Greece, WWF Spain, WWF Turkey and Terra Cypria) have joined forces to prepare a common proposal for a call by the European Maritime and Fisheries Fund (EMFF) on the restoration of coastal ecosystems for a sustainable blue economy. More information here. All the partners are crossing their fingers for another successful project all together!

On 2 February, Nature Trust (Malta) organized a field visit to the wetlands of Il-Ballut ta’ Marsaxlokk where school children had the opportunity to learn more about the importance of these habitats. Presentations were also given by Nature Trust and the competent Environment and Resources Authority and a new book on the Killifish (Aphanius fasciatus) was presented. A public awareness raising event was organized at the same place on 4 February. 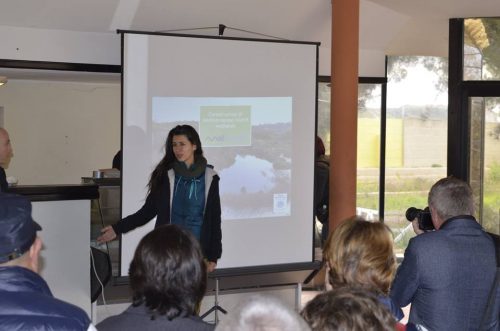 WWF Turkey is organizing a winter bird count within the specified dates of mid-winter waterbird census following the WWD at Gökçeada Lagoon, the biggest Turkish island wetlands. The Mid-winter census is carried out in all possible wetlands of the Western Palearctic at the same time to monitor the wintering populations of waterbirds, and it is an important criterion for designation of Important Bird Areas (IBAs). In Gökçeada Lagoon no counts have been carried out since 1998.

The University of Cagliari has presented MedIsWet in Oristano during the WWD conference organized within the frame of the Maristanis Project under the theme “Wetlands for a sustainable urban future: the commitment of the environmental associations in Sardinia “.

On the occasion of WWD, Association Hyla (Croatia) and WWF Adria promoted a press release for the launch of MedIsWet, which is a continuation of their project “Water pearls of the Adriatic islands” (find the Press release in Croatian language here).

On 2 February, Terra Cypria (Cyprus) welcomed 300 students from seven different schools of the municipality of Aglantzia at the biggest event organized in Cyprus for 2018 WWD. The event was co-organized by Terra Cypria, the Cyprus Pedagogical Institute, the Department of Environment, the Department of Forests and BirdLife Cyprus at the Athalassa Environmental Centre next to Nicosia’s biggest urban wetland. 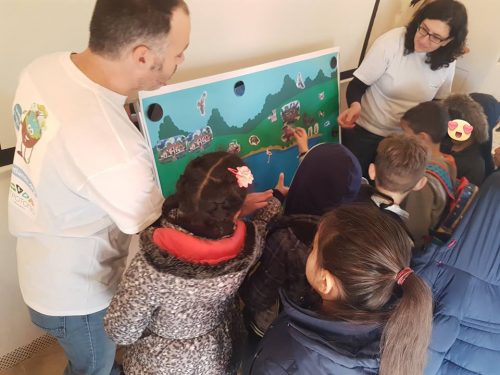 Through different stations, the children had the opportunity to discover the value and services provided by wetlands and the threats that they face. They also admired various birds and microorganisms living in wetlands. The event was also attended by the Minister of Education and Culture, Dr. Costas Kadis, Cyprus’ Ramsar focal point, Mrs. Elena Stylianopoulou, and the Permanent Secretary of the Ministry of Agriculture, Rural Development and Environment, Mrs. Olympia Stylianou. The event was also broadcasted on national television and on a national radio station which interviewed the co-organizers. 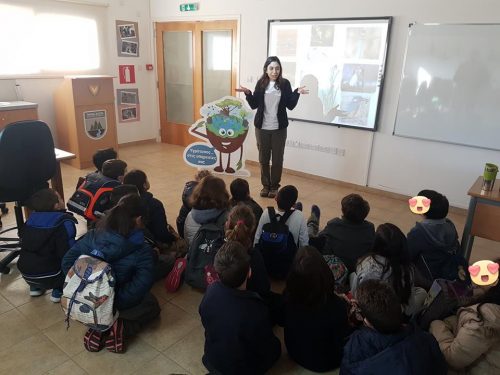 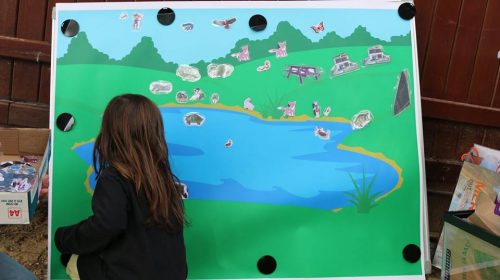 During the afternoon a second event was organized by Terra Cypria and BirdLife Cyprus next to one of the bird hides of Athalassa wetland. Around 50-60 citizens with their children attended the event and had the opportunity to participate in educational activities and birdwatching. 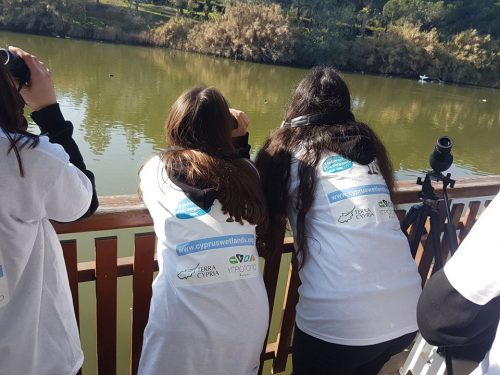 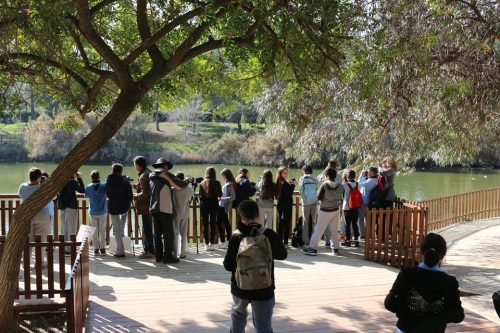 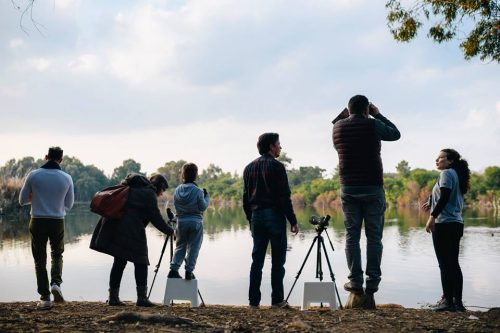 Read our previous article about the MedIsWet project