Why Posidonia is important?

Posidonia oceanica is endemic to the Mediterranean Sea and the most widespread seagrass species in these waters. It covers between 25,000 and 50,000 km2 of the coastal areas, corresponding to 25% of the sea bottom at the depth between 0 and 40 m. 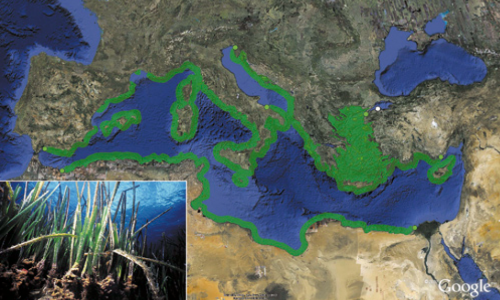 Distribution of Posidonia oceanica in the Mediterranean Sea; the green dots correspond to the limits of the species’ range; the white dot to the “relict site” in the Sea of Marmara. Photo credit: IUCN 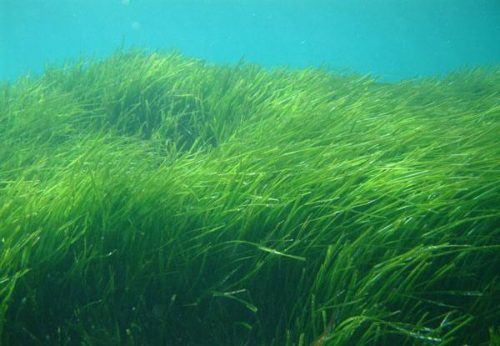 Among their many functions, Posidonia oceanica meadows play a part in stabilizing seabeds, breaking swells and waves, and encouraging the deposit of sedimentary particles (Boudouresque et al., 2006). Posidonia leaves, which can be over 2 meters high and up to 20 meters wide, also form compact and resistant structures along shores that provide a very effective protection against erosion.

Posidonia is considered to be an indicator species of the overall quality of coastal waters since it is very sensitive to pollution and can only grow in clean unpolluted waters. It supports a wide variety of animal species that use these habitats for breeding, feeding and shelter. 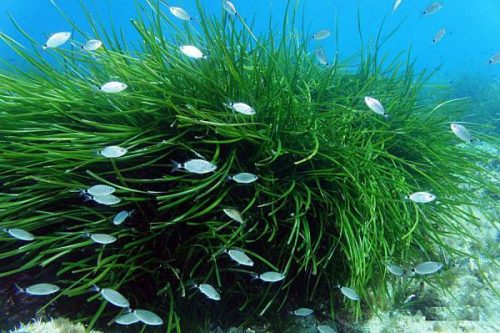 Posidonia is a shelter for marine species. Photo: perierga.gr

In addition, the Posidonia habitats have a significant role as a carbon sink, absorbing carbon dioxide, storing carbon at an average rate of 83 g C/m² per year, and helping to alleviate the effects of climate change.

The Posidonia grows in large meadows that cover the sea floor and creates an ecosystem of great beauty, making possible leisure activities such as scuba diving and snorkeling.

Dried Posidonia leaves were traditionally used in Mediterranean countries as packing material to transport fragile items of glassware and pottery, and also to ship fresh fish from the coast to the cities.

Posidonia oceanica is in danger

Despite international legislation to protect Posidonia at the European level, like the European Union’s Habitats Directive, and as a species (Bern Convention, Annex 1), this important aquatic plant is in grave danger of disappearing in the next few years.

The Posidonia meadows are declining in many parts of the Mediterranean because of pollution, coastal development (such as shoreline hardening, urban and harbour infrastructure), fishing activities, and the mooring of ships that sweep the plants with their anchors and chains.

This overall decline has been measured as approximately 10% over the last 100 years (Pergent et al. 2009), but a recent analysis of area coverage indicates a 34% decline in distribution area or degradation in the past 50 years (Telesca et al. 2015).

The Ramsar Convention has joined the International Partnership for Blue Carbon thanks to its important role in highlighting the climate regulation function of the world’s marine and coastal wetlands (blue carbon ecosystems) and in stimulating their conservation and restoration. The partnership was established in recognition of the role that ecosystems such as mangroves, seagrasses, and salt marshes play in the carbon cycle through their sequestration of carbon dioxide.

Two case studies were implemented in the Mediterranean:

The RAC/SPA has implemented two projects in the Mediterranean:

Many other projects are being carried out to protect Posidonia in the Mediterranean such as: 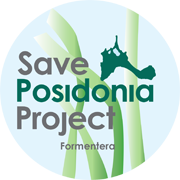 The Consell de Formentera and the Balearic Government in Spain have launched the campaign “Save Posidonia’’,  a pioneering project in the western Mediterranean to raise awareness of the vital importance of Posidonia and raise funds to save it from extinction. Read more about the project here. 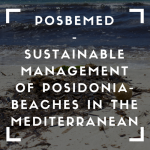 POSBEMED will look at the management, conflicts and opportunities of the Mediterranean coast, particularly coastal protected areas and Natura 2000 habitats where interdependence between seagrass meadows, dunes and beaches occurs, in order to provide a Mediterranean strategy and governance model for enhancing the management effectiveness of these protected areas and beyond.

For more information on POSBEMED project, please visit its website.

The project of conservation of Posidonia oceanica meadows in Andalusia: it aimed to increase the knowledge and the conservation of the marine biodiversity of Andalusia, including the implementation of protection measures for Posidonia meadows. Read more here.

Posidonia oceanica in the IUCN Red List of Threatened Species:

The International Partnership for Blue Carbon