Natural wetlands are essential for biodiversity but also for the human populations that benefit from their multiple services: protection against floods, water-table recharge, water purification, amongst many others. 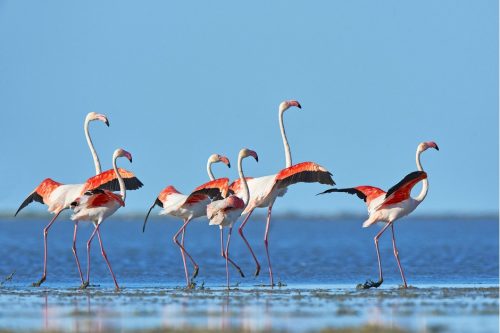 In France, these habitats have been transformed by humans since ancient times for productive uses, notably agriculture. With demographic growth and technological developments, this process has accelerated, and wetlands have lost at least 50% of their surface area during the 20th century.

In this context, the National Observatory of Biodiversity, in partnership with the Mediterranean Wetlands Observatory, carried out a study of the land cover in the 32 Ramsar Sites in metropolitan France designated before 2015 (total area estimated at about 8045 km²). The dynamics of the different habitats (natural and manmade) were monitored for the period 1975 and 2005 using Landsat satellite imagery and based on the cartographic methodology developed within the GlobWetland-II project (2010-2014: European Space Agency and the Ramsar Convention Secretariat). 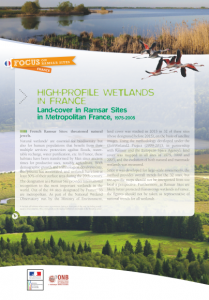 The stakeholders gathered in the framework of the thematic meeting “Biodiversity & Wetlands”, held in a National Wetlands Observatory in France, to collectively elaborate and publish numerous reports giving an update on a particular subject relating to wetlands.

This publication, a result of the work of these stakeholders, called «High-profile Wetlands in France – Land cover in Ramsar Sites in Metropolitan France, 1975-2005», was released in May 2016 and now exists in three languages: French, English and Arabic.

You can download the synthesis from the links below: