Mainstreaming Biodiversity; Sustaining People and their Livelihoods
Biodiversity is the foundation for life and for the essential services provided by ecosystems. It therefore underpins peoples’ livelihoods and sustainable development in all areas of activity, including economic sectors such as agriculture, forestry, fisheries and tourism, among others. By halting biodiversity loss, we are investing in people, their lives and their well-being.  @CBDnews  #IDB2016   #BiodiversityDay

The thirteenth meeting of the Conference of the Parties to the Convention on Biological Diversity (COP 13) to be held in Cancun, Mexico from 4 to 17 December 2016 will focus on the mainstreaming of biodiversity within and across sectors, which is closely linked to this year’s IDB theme.

Focus in the Mediterranean region

Report on Biodiversity: status and trends of species in Mediterranean wetlands

By the Mediterranean Wetlands Observatory (MWO)

Why should we conserve biodiversity?

Species provide basic services without which humans could not exist. Only rich and complex assemblages of species make it possible to provide the 4 types of ecosystem services commonly identified:

Although these concepts have been progressively disseminated via scientific and conservation networks in recent decades, they are still not given adequate consideration by decision makers and those working in the field of development (MWO, 2012).

On a daily basis, human beings use many plant and animal species that come from wetlands. For example, in North Africa, more than one-fourth of aquatic plants are used by local communities,  which  enable  them  to  considerably  improve their daily lives (Juffe-Bignoli et al., in prep). These plants are used  for  their  medicinal  properties,  are  exploited  by  the pharmaceutical industry, which extracts their active molecules in order to make pharmaceutical drugs (see section 4.3) or other  chemical  products.  They  are  also  used  by  the  local communities for human consumption (Watercress, Cyperus esculentus, Iris  pseudacorus,  and  various  mints)  or  to  feed livestock (sedge, sorrel, rushes, mannagrasses, Scirpus s.p.), and are sought after for ornamental use, for making baskets, and to be used as building materials (rushes, reeds, and Typha s.p.).Among  these  species,  more  than  one  in  five  is  becoming extinct  today  locally  due  to  the  loss  and  degradation  of wetlands.  For  example,  this  is  true  for  the  Blue  Lotus,  an emblematic  aquatic  plant,  which  has  been  widely  used  in Egypt since the time of the Pharaohs, and is today at the point of disappearing in North Africa. Finally, we must recall that the  trade  of  medicinal  wild  plants  is  significant,  and  that Morocco  and  Egypt  are  among  the  principal  countries exporting them to the EU.

Fishing remains, however, the most important activity in terms of economic returns. It is an age-old activity in the region, which has been practiced both for local subsistence and trade. Production figures amount to more than one million tons per year, approximately one-fourth of which is directly caught in wetlands  (Maitland  &  Crivelli,  1996;  Papaconstantinou  & Farrugio, 2000). Most statistics only cover sea fisheries, which include coastal lagoons. These lagoons are exploited by an important number of fishers – several thousand in the Nile lagoons  and  delta  alone  –  and  represent  therefore  a  major economic  force.  The  fishing  equipment  and  methods  are generally based on traditional know-how.

The most common species sought after are migrating fish, such  as  Sea  Bass,  Gilthead  Sea  Bream,  Striped  Mullet, Common Sole, and European Eel, which are caught in the autumn when they swim out of the lagoons. Atherina s.p . are also highly coveted locally where they are used for fish fries.

Many  fishers  complement  their  sea  fishing  activities  by gathering shellfish such as oysters, mussels, clams, which they find in natural banks. Fisheries located in continental wetlands receive less attention and only some rare estimates are available. One of the reasons is that the products obtained from this fishing are sold locally. However, it is an activity that is practiced in many lakes, such as Kinneret and Prespa Lakes, where most of the fish caught is endemic species. Overfishing  and  the  degradation  of  water  quality  have harmed fish stocks, resulting in a decrease in fishing activities in recent years. The case of the European Eel is exemplary in this respect. Today, glass eel recruitment only represents 1 to 5% of the numbers recorded before the 1980s! In just 25 years,  what used to be an abundant fish that guaranteed the prosperity of many fisheries in the Mediterranean region, has become a critically endangered species. 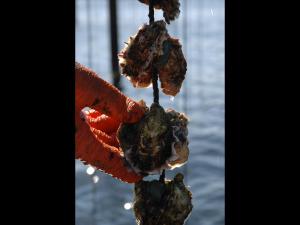 After a period of triumphant optimism, which came after the development of quinine, of antibiotic treatments, and the eradication of smallpox, recent decades have seen the emergence or re-emergence of pathogens that have been affecting human populations and domestic animals (Daszak et  al.,  2000;  Dobson  &  Foufopoulos,  2001).  Studies  are accumulating and showing that the loss of plant and animal biodiversity  has  direct  consequences  on  public  health, because they are vital for fighting infectious diseases (Chivian and  Bernstein,  2008).  A  decrease  in  the  diversity  of communities  can  favour  the  transmission  of  pathogenic agents to humans, by diminishing the ‘dilution’ effect. Some pathologies are indeed transmitted between host species by a vector, which is a species that does not cause the disease itself  but  transmits  the  infection  by  transporting  the pathogenic  agents  from  one  host  to  another.  Among  the species  infected  by  the  vector,  some  cannot  transmit  it themselves:  these  are  called  ‘dead  end’  species  for  the pathogen. The number of ‘dead-end’ species increases with the   diversity   of   communities,   which   diminishes   how frequently  the  pathogen  is  transmitted  to  humans  by ‘dilution’  of  the  vectors  among  a  larger  number  of  hosts (Gauthier-Clerc  &  Thomas,  2010).  On  the  other  hand, communities of diversified species reduce the risk that exotic species will be able to spread. For example, the presence in the Camargue of some forty species of mosquitoes reduces the  risk  of  colonisation  by  non-indigenous  mosquitoes, which are vectors of emergent diseases such as chikungunya, dengue, and the West Nile, due to the competition exerted against them by the  indigenous  species.  The  major mosquito eradication campaigns that are to be conducted in the region could change the situation, and favour the proliferation of mosquitoes that transmit these diseases (Poulin, 2011).

Many aquatic plants are used for their medicinal  properties.  They  are  very commonly   used   in   developing countries  where  access  to  modern medical technology is not always easy (90 species are used in North Africa according  to  Juffe-Bignoli  et  al., in prep.).  Plants  are  generally  used  to fight  minor  diseases,  but  also  to alleviate  pain  (headaches,  wounds, stomach  cramps),  as  a  diuretic (Mentha  spp.),  astringent,  purgative (Rumex  crispus),  tonic,  sedative, cataplasm (Persicaria senegalensis), and against   bronchitis,   fever,   and rheumatism (Wild Celery).

How is wetland biodiversity conserved?

As we have seen, the biodiversity in Mediterranean wetlands  faces many pressures that are not likely to decrease in the upcoming decades. In order to decrease the disastrous impact that an additional loss of biodiversity would have on humans and their activities, Mediterranean people and their political representatives must make more bold decisions in favour of their environment. In this part, we will discuss the strengths and weaknesses of some of the solutions that have already been implemented.

Monitoring operations help warn us in real time about the decline of a species or population. Their importance is therefore vital for starting research programmes that identify the causes of the decline as well as for taking the measures enabling these trends to be reversed. The situation seems to be very different from one country to another: thanks to the presence  of  NGOs  and  government  agencies  that  are  very active in terms of environmental protection, Spain and Israel have put in place many operations for monitoring biodiversity in  their  wetlands.  On  the  contrary,  due  to  a  lack  of infrastructure  or  a  lack  of  financial  means,  monitoring operations are too rare to be able to establish an accurate state of biodiversity in several countries: Libya, Egypt, Jordan, Syria, Bosnia and Herzegovina, and to a lesser extent Algeria, Tunisia, Turkey, FYR of Macedonia, and Serbia. Moreover, most of the monitoring activities are isolated operations that depend on short-term funding.

Today, waterbirds are the best known elements of biodiversity. Other  species,  habitats,  ecosystem  services,  and  socio  – economics must be monitored in parallel to find sustainable solutions  to  species  decline.  Finally, even if  monitoring operations do exist, the results must still be written up and conveyed to decision makers. Substantial efforts still need to be made in  this  domain  in  most  Mediterranean  countries (MWO, 2012). More research is also needed to be able to identify the indicators with which this transfer of information can be achieved. The indices developed for birds by Birdlife International, which have been adapted to the national scale in France and Spain, are good examples to follow.

Based on the observation that wetlands have suffered from a lack of popularity, conservation stakeholders are doubling their efforts to target their communication at the general public. Making citizens and   especially children   more conscious of wetland issues seems to be vital if we are to bring about a profound change in attitude and behaviour toward nature.  Associations, environmental  NGOs,  the  Ramsar convention,  and  the  MedWet  initiative  have  all worked hard in this direction during the last two decades, in particular, through ongoing programmes disseminating  information, organising meetings and special events, and going to schools to speak with children about these issues.

Report on Biodiversity: status and trends of species in Mediterranean wetlands

By the Mediterranean Wetlands Observatory (MWO)