“Hima” is an Arabic word meaning literally “protected area” in a traditional indigenous management system and conservation of biodiversity and natural resources, in place for almost 1,500 years in the Arabian Peninsula, the Middle East and North Africa. This system is one of the oldest and most effective institutions combining the conservation of natural resources to the well-being of local communities.
The Society for the Protection of Nature in Lebanon (SPNL) has been actively promoting the Hima revival whose overall goal is to connect traditional practices with recent conservation science as a way to reach sustainable development.
The Society for the Protection of Nature in Lebanon (SPNL), Lebanese partner of BirdLife International, reintroduced and adapted the Hima concept to the new political and socio-economic realities in order to meet the changing needs of local communities and the demands of modern states, such as decentralization, empowerment of women, youth awareness of environmental problems and the need for its preservation. To date there are 15 Hima reported in Lebanon. 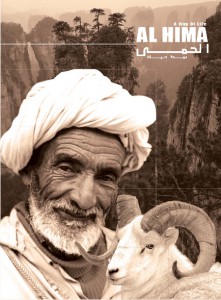 During the Hima regional workshop organised in Istanbul in 2011, MedWet has adopted the concept of Hima. Since its collaboration with SPNL during the TwinMed project, MedWet is interested by the Hybrid Hima approach which effectively combines culture, tradition and environmental protection, and willing to disseminate this concept of alternative wetland management tool.

SPNL, member of Mediterranean Consortium for Nature and Culture supported and financed by the MAVA Foundation, promoted with the support of the LPO, the launching of the international photo exhibition “On their traces” (On the Move). After his success in Tunis and Paris in July and September this year, this travelling exhibition on the theme of transhumance and the preservation of biodiversity in the Mediterranean occurs in Geneva in October, in Beirut in December and then in Madrid, Istanbul and Athens. In collaboration with WWF DiversEarth and Tunisia, participating countries exhibit 60 professional photographs, including those of the Lebanese Mr. Asaad Saleh who accompanied the shepherds in their movements, with the contribution of SPNL. His photographs reflect and promote the protection of the practice of transhumance related to local development, protection of biodiversity and the promotion of eco-tourism in Lebanon.

The Mediterranean Consortium for Nature and Culture brings together national and international NGO: Asociación Transhumancia y Naturaleza (Spain), DiversEarth (Switzerland), Doğa Derneği (Turkey), Med-INA (Greece), the Society for the Protection of Nature Lebanon (SPNL), WWF (Tunisia) and receives advisory support from IUCN and Fauna & Flora International (FFI). These NGOs have joined forces to undertake an evaluation practices and supporting cultural conservation project in the Mediterranean basin. This project aims to strengthen traditional practices, techniques and ways to live in harmony with nature while paying tribute to the ingenuity of men around the Mediterranean to protect and manage their natural resources.

For more information on the exhibition
http://onthemove-exhibition.com/

To learn more on the Hima concept
http://www.spnl.org/hima/

For more information on the Mediterranean Consortium for Culture and Nature
www.medconsortium.org