The government of Spain has designated six more wetlands to the List of Wetlands of International Importance, making Spain the country with the third highest number of sites among the Contracting Parties- a total of 74 sites. The sites are the Lagunas de Campotejar, Lagunas de las Moreras, Ría de Villaviciosa, Saladas de Sástago -Bujaraloz, Tremedales de Orihuela and Lagunas de Ruidera. The six sites designated, located all over Spain, are very diverse wetland sites from seasonal saline lakes to a high mountain site. Access more information on each site.

In MedWet we are very pleased with these new designations and have taken the opportunity to ask Ms Magdalena Bernués Sanz from the Ministry of Agriculture, Food and Environment- Department of Conservation and Inventory of Wetlands some questions on the state and wise use of wetlands in Spain.

1.    What were the main factors that led you to select these six wetland sites? 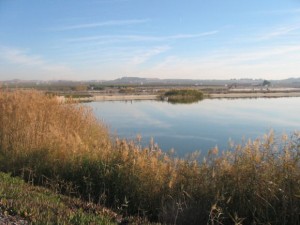 Spain has a variety of palustrine environments, although in many cases of small size, they have very unusual hydrological and geomorphological features and hence host numerous rare plant and animal species, endemic or threatened, or are key locations within the migration routes of many waterbirds.

Spain selected the six recently designated Ramsar sites as representative of the features of Spanish wetland heritage. Three of the sites (Lagunas de Ruidera, Tremedales de Orihuela y Saladas de Sástago-Bujaraloz) include not very common, highly unique wetland types, under-represented in the Ramsar List: a karstic fluvio- lacustrine system with alkaline bogs and tufa formations, high mountain elevation Mediterranean bogs and a seasonal, deep endorheic, saline lake complex, respectively. For these reasons they all meet Criterion 1 for identifying wetlands of International Importance, as well as the added international importance of the Lagunas de Ruidera, from a hydrological point of view. 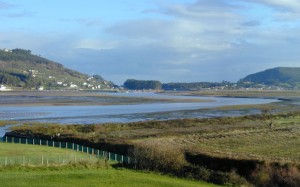 They were also particularly noted for their value in biodiversity conservation. In all cases there is presence of endangered taxa and habitats, some of particular value for the conservation of certain species of waterbirds and fish. Hence, they all meet Criterion 2, while some also have particular value due to the presence of threatened species of waterbirds (Ría de Villaviciosa, Lagunas de Campotejar y Lagunas de Las Moreras), for the flora taxa they host (Tremedales de Orihuela, Saladas de Sástago-Bujaraloz, Lagunas de Ruidera), or the types of fish and aquatic invertebrates (Lagunas de Ruidera, Saladas de Sástago-Bujaraloz). Furthermore, in general they maintain populations and habitats of interest, in very good condition and have a significant presence of endemic taxa (all but two met the Ramsar Criterion 3). Two of the sites (Lagunas de Campotejar and Lagunas de las Moreras) are especially important for the conservation of the population of the Western Mediterranean White-headed Duck (Oxyura leucocephala), as they routinely hold more than 1% of the species estimated population (Ramsar Criterion 6). Finally it should be noted that the Lagunas de Ruidera also fulfill Criterion 7 by hosting highly diverse populations of endemic fish species, making this the first time that this criterion has been applied in Spain.

2.    What changes do you think that these Ramsar designations will bring in terms of their management and their overall protection?

In the case of Spain the progressive inclusion of wetlands in the Ramsar List that has been in place in recent years (in 1992 there were 26 Spanish wetlands in the Ramsar List, which have become 74 in 2012) has largely been used to increase the “visibility” of these sites, to improve perception on the importance of the conservation of these sites, not only to the general public, but especially to the political sector. This has been of fundamental importance because, in addition to enabling the development of new and more adequate planning legislation, the conservation and management of wetlands has facilitated budget increases allocated to their sustainable management and improved both public and private financial flows.

3.   Can you tell us a few words on the wise use and protection policy of wetlands in Spain? 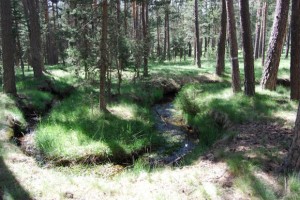 In principle, in Spain, the basic policy guidelines relating to the conservation and protection of wetlands, their species and their habitats, are compiled in the Basic Law 42/2007 of Natural Heritage and Biodiversity. However, there are many elements that relate and affect the conservation of our wetlands scattered into other sectoral policies (notably for example in water policy). Furthermore, it is known that in the case of Spain the distribution of power is unique and quite decentralized (the governments of the regions, the Comunidades Autónomas, which have most of the power in land administration). So, in our country there are many legal provisions and many different administrations that deal with wetlands, which in theory can cause dysfunction and lack of coordination. 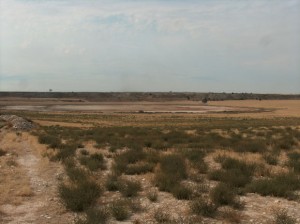 To avoid these undesirable consequences, quite a few years ago Spain created the Spanish Wetland Committee, a highly technical body with representation from all levels of administration that have an interest in this field. This is therefore a collective, advisory body to reinforce collaboration between administrations, whose role is “to coordinate actions on the conservation of wetlands, particularly those arising from the implementation of the Ramsar Convention”, as specified by the Royal Decree of its Creation (1994). Over the years it has become an indispensable tool for coordination. In practice, the ultimate objective of the Committee is to facilitate the coordination of actions on the wise use of wetlands that take place in the country and to ensure that these actions conform to the spirit of the Ramsar Convention, all of which has greatly helped in recent years to boost the conservation of Spanish wetlands.

One of the first actions of the Spanish Wetland Committee was the development of the “Strategic Plan for the Conservation and Wise Use of Spanish Wetlands”, a technical document of consensus among all public administrations and social sectors involved, which was essential to ensure its effectiveness. From the time of its adoption (1999) it has been the framework for the integration of all sectoral policies and administrative actions that coordinate and control a multitude of actions consistent with the conservation and wise use of these valuable ecosystems, being therefore the basic technical tool for the implementation of wetland protection policy in Spain.

4.    This year’s WWD had the theme of ‘Wetlands and Tourism’.  Can you tell us about the status of wetland tourism in Spain and the advantages/disadvantages it brings about?

Spain is a leader country in the tourism sector, and although the sun and beach remains one of the important touristic attractions, it is undeniable that in recent years nature tourism is booming, as well as wetland tourism: the statistics used show that the number of visitors to our most well-known wetlands (Doñana, Ebro Delta, etc.) is increasing year after year both by the general public and experts. Clearly, this has created opportunities (economic benefits, local prosperity, job creation ….), but has also been a major challenge, especially in environmental terms, given the inherent difficulty in developing truly sustainable tourism. In my opinion the majority of the most visited Spanish wetlands, that are emblematic and benefit from the maximum legal protection available in Spain (national parks, nature reserves, etc..), are actually proving to be a relatively balanced touristic development among other reasons because of the users (tourists) demand, although it is clear that there have been exceptions, especially in tourist developments of ancient sites, with very unfortunate examples in terms of the environment.