The World Wetland Network (WWN) is a network of small to medium NGOs and civil society groups that undertake wetland conservation, protection or public awareness activities.  The network is active globally, through regional representatives, and through more than 500 members.  Recently, a core group of WWN continental and regional representatives got together in Northern Spain, with the support of Birdlife Spain, and the Spanish Government, in order to prepare for the next Ramsar Conference (COP), to be held in Romania in July this year. 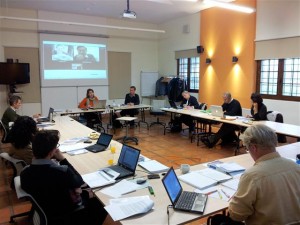 Representatives of fifteen environmental organizations from five continents gathered from the 15th to the 18th April 2012 in Valsaín (Segovia, Spain) to discuss the impact of civil society in planning and decision-making in wetland conservation worldwide. More specifically, the 15 NGO groups discussed issues facing the civil society sector, how the role of local people in wetland conservation can be promoted and what is needed to do to prepare the role of WWN in the forthcoming Ramsar Conference.  Key elements that emerged include the fact that the global economic crisis is being used to reduce wetland protection in favour of development.The benefits wetlands are providing to the society,  are still not as well-known as they should be, and that civil society needs to better promote itself to show how we can support wetland conservation, as well as demanding more resources to help us do so.

The group also commented on the draft resolutions that are to be covered at the Ramsar COP.  Key resolutions of an interest for the NGO groups include:

DR4 – National reports on wetlands.  Sometimes these can be incomplete or inaccurate, so it’s a good idea for NGOs to check them when they are released in mid-June this year, prior to the COP.

DR 7 – Tourism and wetlands (the theme of the conference). WWN supports the idea of sustainable tourism, but would like to see cultural issues and impacts taken into account as part of that approach.

DR 9 – Designation of wetlands as Ramsar sites.  This is very slow at the moment, with some countries reluctant to designate sites, even though local groups are often keen to see the sites protected.  WWN  want to see the process made easier and with more NGO involvement.

DR 20 – WWN supports the responsible investment from governments and third parties into infrastructure projects, to ensure that they are not damaging wetlands, either directly or indirectly. 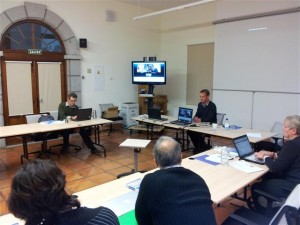 WWF Tunisia and TunWet were also represented at the meeting, highlighting the recent blossoming of activity through NGO and civil society groups in North Africa and the Arab states.  This is a great time for the newly emerging networks of organised local people, particularly around wetlands and their wildlife. As stated by Faouzi Maamouri, WWF North Africa Programme Coordinator  “it was a great opportunity for WWF Tunis office  and TunWet, the newly NGO network for wetlands in Tunisia, to be a part of the meeting, and to share our experiences in North Africa regarding wetlands management and conservation and we came back home with  practical  recommendations for our Ramsar focal point  regarding NGO concerns and involvement for better  wetlands conservation”

WWN will be hosting an international NGO meeting at the start of the Ramsar conference on the 4th of July, and then supporting NGO members to get involved throughout the event.  If you are planning to attend, please get in touch.  The WWN always welcomes new members – for more information visit their website.

Last but not least, the winners of the Wetland Globe Awards– civil society’s choice of wetlands that are well-managed, and those under threat- were also selected.  They will be announced at a side event at the Ramsar COP11 in July.