The 7th European Ramsar meeting took place in Trnava, Slovak Republic from the 27th to 30th September. It was a regional meeting in preparation for the Ramsar COP11 which will take place in Bucharest, Romania, 18th to 26th June 2012. The meeting addressed major themes that influence the ways to manage and use water-related ecosystems and aimed to identify areas of successful cooperation between different sectors of society, administration and private business. At the same time it provided an opportunity for European partners to formulate positions and prepare themselves before the COP11.

The participants included National Ramsar Convention focal points from the Ministries of thirty two European contracting parties, experts for scientific and technical matters (STRP), individuals in charge of national programmes for communication, education, participation and awareness (CEPA), NGO representatives and sustainable development experts. MedWet was present in the meeting as a representative of Ramsar Regional Initiatives (RRI) along with three others, the Nordic-Baltic region (NorBalWet), the Black and Azov Sea coastal area (BlackSeaWet) and the Carpathian Wetland Initiative (CWI). 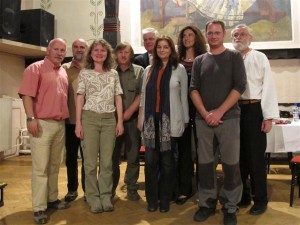 The meeting managed to touch on many important technical and political aspects as well as best case examples from the various countries and Ramsar sites. On the technical side the meeting addressed the implementation of the Convention in Europe and especially the status of the recommendations made by the 6th European meeting. Also, there was a presentation of the issues and draft resolutions to be negotiated in the COP11, focused discussions on using Ramsar tools and procedures like the online Ramsar Information Sheet and the recent developments on managing transboundary Ramsar sites, many of which can be found in Europe. Concerning the presentation of country and site specific examples, the national French wetland strategy was presented and attention was given to the issue of multiple site designations through Ramsar’s synergy with other global networks of protected areas. Links were also made to the World Wetlands Day 2012 theme on Wetlands and Tourism which will also be the theme of the COP11. Finally, issues relating to the political relevance of wetlands were discussed based on the concept of ecosystem services, ecosystem management and the use of financial instruments. 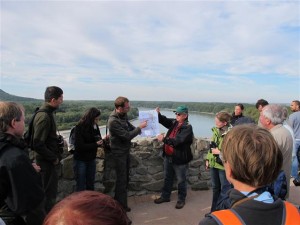 The final day included a session for the effectiveness of working at a regional level. MedWet held a central role in this, as it is the first Ramsar Regional Initiative (RRI), officially adopted in 1999 in COP7 (Resolution VII.22). This paved the way for other RRI’s and as such in 2002 in the COP8 official guidelines for their development were adopted (Resolution VII.30). At the moment, nine RRI’s are operating in the field of regional cooperation all over the globe. MedWet presented its added value as well as the challenges and threats it faces and stressed the importance of cooperation between RRI’s as well as the fields in which this should be done.

Pictures in the article: Nadezhda Alexeeva, Foremr Assistant Advisor for Europe at the Ramsar Secretariat