The Mediterranean Climate Change Initiative’s launching meeting took place in Athens, Greece on the 22nd October , 2010. The Greek Government has taken the lead in proposing this regional collaboration tool in recognition of the threat climate change poses to the stability and prosperity of the Mediterranean region. It is both an autonomous political, as well as a projects based initiative to be implemented under the auspices of the Union for the Mediterranean. 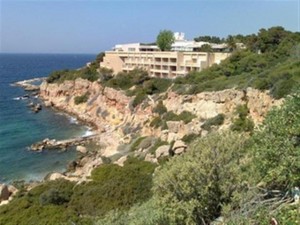 The location of the meeting, Astir Palace Hotel, Athens

The Prime Minister of Greece invited leaders from across the Mediterranean to join him in signing a Declaration at the launch event, which was supported by the European investment Bank (EIB). It also provided an opportunity for political delegation to define the policy and project objectives of the initiative in collaboration with NGO’s and research institutes.  The event attracted high level delegation from the Prime Ministers of Libya, Turkey, Malta, and Palestinian Authority, ministers from another thirteen countries to the Director of the EIB and various organizations like the Global Water Partnership (GWP), United Nations Environment Program/Mediterranean Action Plan (UNEP/MAP) and WWF. The MedWet Initiative was represented by the Acting Coordinator Mr Nejib Benessaiah who attended the one day meeting.

In conclusion, it is too early to assess the future of this regional collaboration tool. However, if successful, the Mediterranean Climate Change Initiative can become an important tool in uniting this geographical region into a common vision of adaptation to climate change based on key areas like freshwater management, desalinization, waste management, food security and sustainable urban and coastal management. This unified approach can not only have a positive effect on countries that haven’t signed the Convention of Climate Change like Turkey and Egypt but can also better promote this vision and leverage towards it in the next climate COP in Cancun. It can become a driver of positive change and collaboration based on the assumption that the consequences of climate change affect Mediterranean countries in a largely similar way.